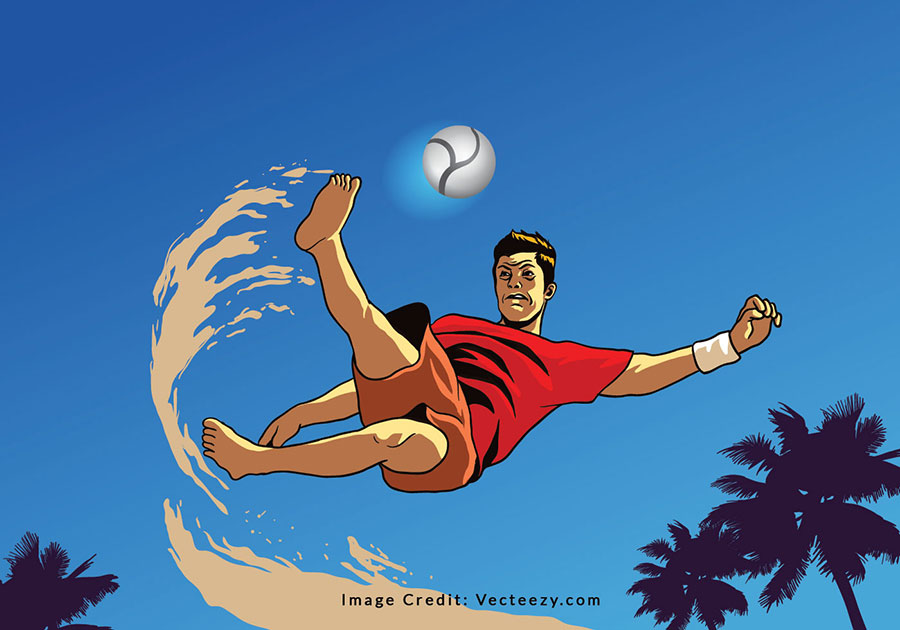 Nitin Jain nitin1578
Reliance delivered a highly impactful AGM on August 12, 2019. In the excitment of many positives, one should not forget some important points.
Use Scan QR Code to copy link and share it

As I am writing this post, Reliance Industries Limited (RIL) is up almost 12% at very high volumes. I don’t remember many days in the history, when a large cap stock like RIL would have moved so much in first few hours of trading.

The positive move was widely expected post yesterday’s AGM (Annual General Meeting). However, of this magnitude, not by many…

Analysts and investors both loved what they heard from the Chairman, Mr Mukesh Ambani. He spoke and laid the roadmap for every key point affecting RIL’s future fortunes.

There is tons of news flow around the positives. So in the interest of not being repetitive to my readers, I will be only listing down the positives. I will follow it with the purpose of this note, i.e., the points that one should be much conscious of and needs to watch closely.

Every single announcement is highly impactful and has wowed the analysts and investors alike.

Points to be watched closely
1. Details of the Aramco deal
It’s important to note here that the announcement made is “20% at USD 75 billion Enterprise Value”. The key is Enterprise Value, which also includes debt in the target business.

Most news sources, however, are simply mentioning the Aramco’s expected investment to be USD 15 billion, i.e., 20% of USD 75 billion.

I do understand that in the O2C standalone business, the net debt would ideally be a small part of RIL’s total net debt of about USD 23 billion. However, given the complexities normally involved at the group debt level, I would be keenly looking at more details of the deal before committing towards a number.

Please think, if it was so easy, why the Chairman himself could not have given a concrete number instead of mentioning about Enterprise Value?

2
. Lot of battlefields have been thrown open
Mr. Ambani is a visionary and all of us are aware what he has achieved with Jio by his sheer grit, determination and financial muscle.

Since yesterday, I am still counting the names of businesses (large and small, national and international) that will get impacted by various announcements. So far, the direct impact was mainly limited to the telecom players (Airtel, Vodafone-Idea). However, now it’s also Amazon, Google, Netflix, Dmart, Samsung, Sony, Future Group, Tata Sky, PVR, Inox, Banks and so on.

Agreed, that with some of these he might co-brand or co-partner but then most will also be wary of the long term implications of the same. Besides, some of these are behemoths, who themselves have significant ambitions and also financial muscle to make the game interesting.

3. Consumer experience is the key
It’s been more than 2 years since Jio mobile services were launched, followed by Jio broadband last year. Basic services seem to have been well stabilised by now.

However, based on yesterday’s AGM, I personally feel that going forward there would be a higher focus on integration and promotion of value added services (for higher customer acquisition, stickiness and revenues).

This is all good and in the right direction. However, it would also mean increased expectations of the consumer demanding consistently better content, interface, speed and quick grievance redressals.

4
. Capex plans should be continuosly monitored
The Chairman clearly mentioned that most of the significant capital expenditure requirements are already over and the laid out infrastructure has the capability to provide speeds upto 1GBPS.

I agree that 1GBPS is significant by any standards. However, I would still believe that the way world is moving it is difficult to say what lies next. There are continuous breakthroughs in modes of delivery and the efficiency. Besides, the way Jio plans to intergate vaue added services, only the time will tell the efficacy and the sufficiency of the laid out infrastructure.

5. Revenues vs expenses
Jio mobile has been charging the customers for sometime now and Jio broadband will start charging from September 2019. Mr Ambani further detailed about various other revenue streams to start over the next few months.

However, at the same time, he also mentioned about freebies that would be provided to the customers e.g., hardware including Led TVs, OTT apps, games, Fist day first show movies etc. All these inclusions would entail cost for the Company and how Jio structures it’s revenues to compensate for these expenses would be critical.

The purpose of this post is not to underplay yesterday’s announcements. As an investor it ticks all the right boxes for me and I am surely excited. However, amid all the excitement I continue to keep my guards open !

Disclaimer: These are my personal views and not any recommendation to the reader. The reader should do his own independent research before taking any investment related decision.

Most simple strategy to identify and analyze stocks

Connect with
I allow to create an account
When you login first time using a Social Login button, we collect your account public profile information shared by Social Login provider, based on your privacy settings. We also get your email address to automatically create an account for you in our website. Once your account is created, you'll be logged-in to this account.
DisagreeAgree
4
7
4
4

Connect with
I allow to create an account
When you login first time using a Social Login button, we collect your account public profile information shared by Social Login provider, based on your privacy settings. We also get your email address to automatically create an account for you in our website. Once your account is created, you'll be logged-in to this account.
DisagreeAgree
Subscribe
newest oldest most voted

The first point about enterprise value (not equity value) and media making simple calculation that $15 billion would come in is very interesting.
Same was done bun RIL owned channels like CNBCTV18. And RIL has not clarified it.
Now if RIL gets less than that, it would be a big negative and RIL would be liable to misleading the investors.
Even Aramco has mentioned that deal is at very initial stage. Does this mean that it was RIL way of looking for more suiters at a high valuation ?

I personally believe that Aramco deal is going to happen – else he would not have announced it in the AGM. However, given the inherent complexities (both at group and business level), I guess the contours of the exact deal will take time and can have a surprise element !

Well-written, Balanced View.. Agree.. Having been an investor with Reliance since 1986, and having tracked the achievements of MDAG right from Patalganga days, must say have now turned cautious .. accelerating the lightening of weightage in my portfolio (the process I started in 2017 and continued thru 2018) !!

Glad Sunil, that you found it useful. Though in the short term (atleast 1 year), I personally expect Reliance share to do well. But then expectations have been set too high and any lapses or uncertainty can have significant implications.

Liked the article. However, the EV as per 2019 AR is about 155 billion $ of which probably 75 billion $ is assigned to O2C part. Also the debt as per AR is 38 billion $, of which Aramco will bring in 15 billion $. It still is a puzzle to me how they are going to be debt free in 18 months. They are also talking about selling stake in jio & retail. Also the biggest question is how Aramco deal will be structured without equity dilution for first 5 years. Does it mean they will take 20% of the profits of O2C division for this period? What happens to retail investors during this period and after 5 years when they will demerge O2C division? As usual more questions than answers in the annual AGM!

Shirish, glad that you found it useful. USD 38 bn is gross and net is around USD 23 bn. However, again this needs some adjustments and actual number is higher. Debt free is possible but with further fund raises, minimal capex and tight operational control.

BTW, its also important to note that on standalone basis, surprisingly the reported Enterprise Value (Equity + Debt) is USD 75 bn.

Aramco deal should surely imply immediate equity dilution via a standalone O2C business – will be very surprised if it’s anything else and that’s why I believe the deal will take time and involve lot of corporate structuring and how that money is routed to retire debt remains to be seen.

Reliance has always been complex and continues to remain so !

Thanks for your quick reply..appreciate it…The consolidated BS shows cash eqvl of only 7512 Cr and debt of 271942 cr. So Net debt should be 264k crores. Hence did not understand the number of 23 billion USD. Am I missing something? The reports say Aramco will not take equity stake for first 5 years. After 5 years they will hive off O2C business into separate entity and Aramco will participate in equity at that time. So what happens in first 5 years remains mystery. May be Aramco will be issued convertible debentures or some such instrument. Complex? Yes and that a understatement! 🙂

Reports on Aramco not taking equity, I think are more speculative unless I have missed some official announcement. Yes, convertible is a possibility but of such a large amount, I will personally be very surprised. Besides, convertible also doesn’t achieve the objective of becoming debt free as for all practical purposes it would be considered debt till conversion, especially when in all probability it would carry a coupon.

Besides, this kind of a large deal also entail tons of reps and warranties that becomes a relatively more headache especially in a convertible structure vs a straight equity.

However, I agree never say never !

Thanks again. This article talks about Aramco not taking equity for 5 years: https://economictimes.indiatimes.com/industry/energy/oil-gas/aramco-to-take-20-pc-in-rils-refinery-chemical-biz-at-75-bn-enterprise-value/articleshow/70639516.cms?from=mdr
Your point about debentures is right as it will become part of debt. So it has to be structured equity.

Thanks for sharing the link Shirish. Would be interesting to watch the dynamics as they unfold !

[…] I had written a detailed post on this: Reliance AGM – Points not be missed amid excitement […]

My Bloomberg TV interview with @FerroTV on why Coronavirus and other White Swans will lead to a global recession and bear market. Markets are still delusional in spite of this week's sell-off https://twitter.com/BloombergTV/status/1232700321455071232

#Dow seems @realDonaldTrump has reached back !

I’ve never chased money, and I’ve always made plenty of it. The way I look at it, if you focus on doing an exceptional job, money finds you.

Student debt in America amounts to over $1.5trn https://econ.st/2HGLpG2